Did you ever heard about The Aldabra Giant Tortoise? – They are certainly called a “giant” with a reason. It is because they are one of the largest tortoises on the planet. 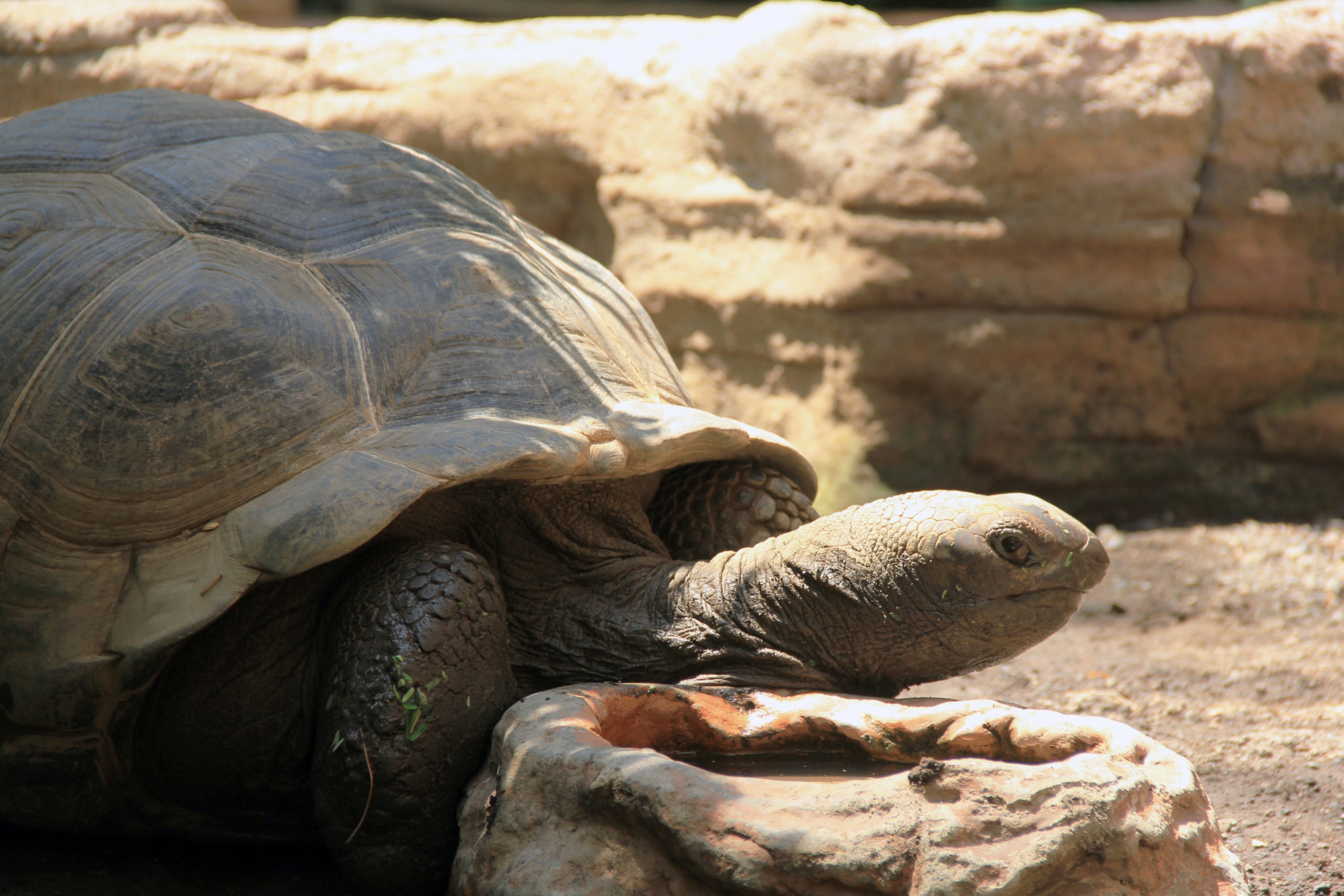 There are many different habitats on the islands where tortoises can be found, including scrub, mangrove swamp, and coastal dune in Eastern Africa. The largest concentrations of tortoises are found on the grasslands called platins. They dig burrows or rest in swamps to keep cool during the heat of the day.

This animal also one of the longest-lived animals on earth. No one knows exactly how long these animals are capable of living, but they are believed to easily surpass 100 years. So far, the tortoises studied have outlived the scientists studying them, and proper records have not been maintained.

Though it feeds primarily on vegetation, the Aldabra tortoise is flexible and opportunistic in its diet. Both being social and solitary animals, they are tend to gather mostly on open grasslands.

They often active in the morning spend time browsing for food. They like to eat grasses, leaves, and woody plant stems. In order to obtain enough nourishment for survival, the tortoise may supplement its diet with small invertebrates and even carrion (including dead tortoises).

Why They Are at Risk

The Aldabra Tortoise has lost their natural habitat because of habitat destruction, hunting and illegal pet trade or exotic food trade. This was one of the first species to be protected in order to ensure its survival for the future.

Let’s start learn more about them, see this animals with your own eyes in Bali Safari!

Related article: 7 Wild Animals You Can Get Up Close & Personal with at Bali Safari Park